The evening before we would enter Grayson Highlands State Park, we had to scramble to make it to a shelter as a big lightning storm rolled in. We had dillydallied at the bottom of a two or so-mile hill, sipping a trail magic PBR and shooting the shit, when we realized we better get a move on, or else.

I ended up practically running the two miles to the shelter as the thunder got louder and lightning got closer, stopping only for a quick double take and photo of a wild pony not too far off trail. The Grayson Highlands are known for their wild ponies, but I had thought we wouldn’t see any until entering the state park the next day. I was quite wrong about that. But anyway, because I was carrying metal trekking poles in my hands during a lightning storm, I didn’t have time to ponder the meaning of this rogue pony, only marvel at its cuteness and rush off.

I made it to the shelter, only somewhat damp and a tad bit freaked, to wait out the storm with about 15 other hikers. I set up my sleeping space, assuming after a quick chat with the tramily that we’d be staying for the night. But an hour or so later, with a small bit of daylight left before nightfall, the storm let up to reveal a double rainbow at magic hour against a stunning backdrop. 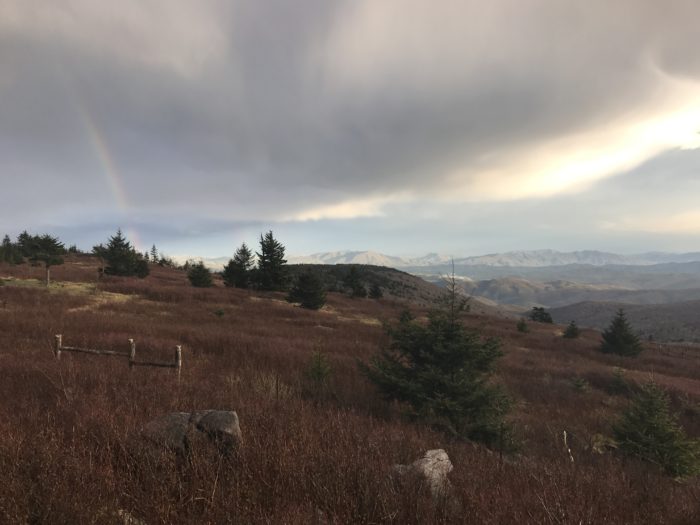 Fast forward about an hour. We had set up camp, eaten dinner, and I was lying happily in my tent. Until. An alarming sound off to my left. “Guys? What’s that noise?” I called. “We’re just finishing cleaning up,” said Peppermint, to my right. And then about five seconds later, “Oh my god, it’s a pony!”

It turns out the wild ponies do indeed live in the highlands outside the state park, and you know what they did that night? Terrorized us (you know, in an adorable way) in our tents. By eating grass, very loudly, mere inches from our heads. At one point, I had (at least) two chomping away simultaneously on either side of my tent. “This is how I’m going to die, surrounded by ponies!” I called desperately to my comrades in the middle of the night. It was only slightly less terrifying than the bear we’d heard in camp only a few nights before. 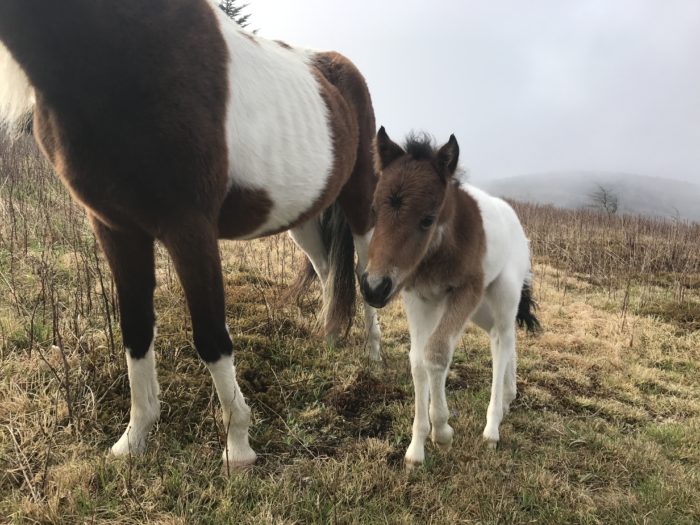 Morning came, and the hungry ponies visited our campsite again. Because clearly there was no other place for them to find food than directly next to our tents. One mama, who gave Peppermint and Chef lick downs (they like the salt), even had a sweet little baby with her. They were insanely charming, insanely cute, and insanely naughty. A sneaky male even ran off with Peppermint’s trekking pole, to be rescued by Chef only with trickery (pretending to have food in his hand). 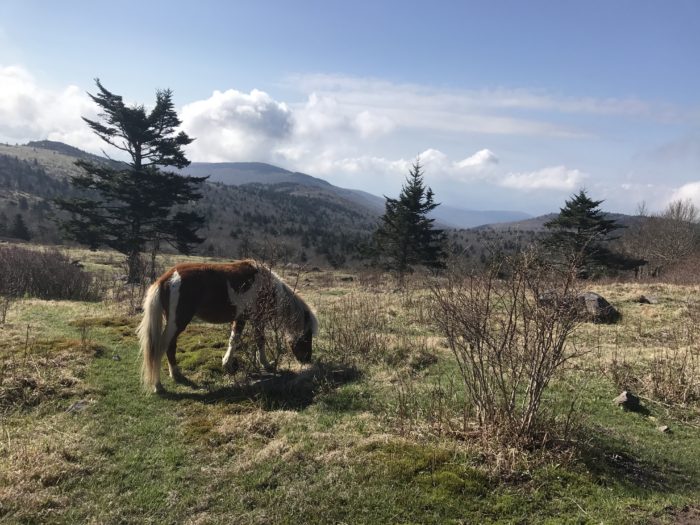 It was an amusing start to an incredible day. Not only were there wild ponies wandering about everywhere, but the sun shone brightly in the sky and the scenery looked as if it belonged in “Lord of the Rings.”

I often wonder out here if I’m living in a fairy tale. I’m pretty sure the answer is yes. Looking for adventure in Southern Virginia? I highly recommend the Grayson Highlands.