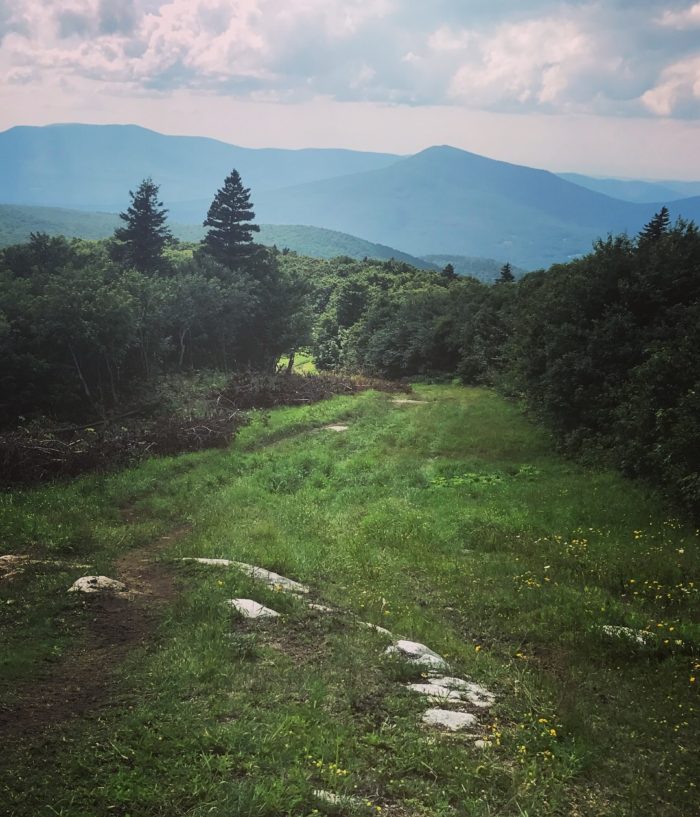 So, I’ll start with the bad. The worst, in fact. My tramily, whom I’d been with since Georgia, split in Vermont. It was heartbreaking. These were people that I had literally seen, leaned on, and laughed with for almost 1,700 miles. They had been the brightest parts of my day for 4.5 months. Our tramily was fun, loving, and special. And now I may never see half of them again. 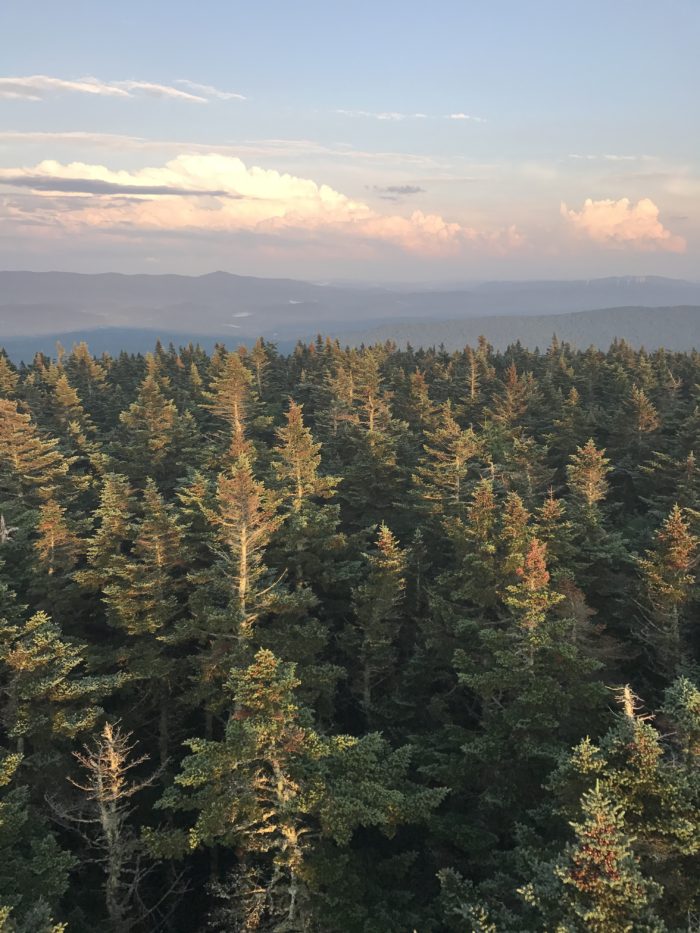 The worst part is, it’s largely my fault. I’m the one who made the executive decision to leave the group. I had to, for my own sanity and for the sake of my broken heart. I believe that I made the right decision, but also feel an immense sense of guilt about it. I never wanted it to happen. But unfortunately, a romantic entanglement gone awry forced my hand. It didn’t work out, and I had to get myself out of a bad situation, disbanding the tramily in the process. Luckily, I was able to keep Head Chef and Ibex in the split, and we’re now joined by our friend Baby.

I also hated the mud in Vermont. So that’s something that’s actually Vermont’s fault. (Or Vermud, if you will). The first half of the state was covered in it. Oodles and oodles of oozy brown mud. My shoes will never be the same. Heck, my feet may never be the same. (Kidding). 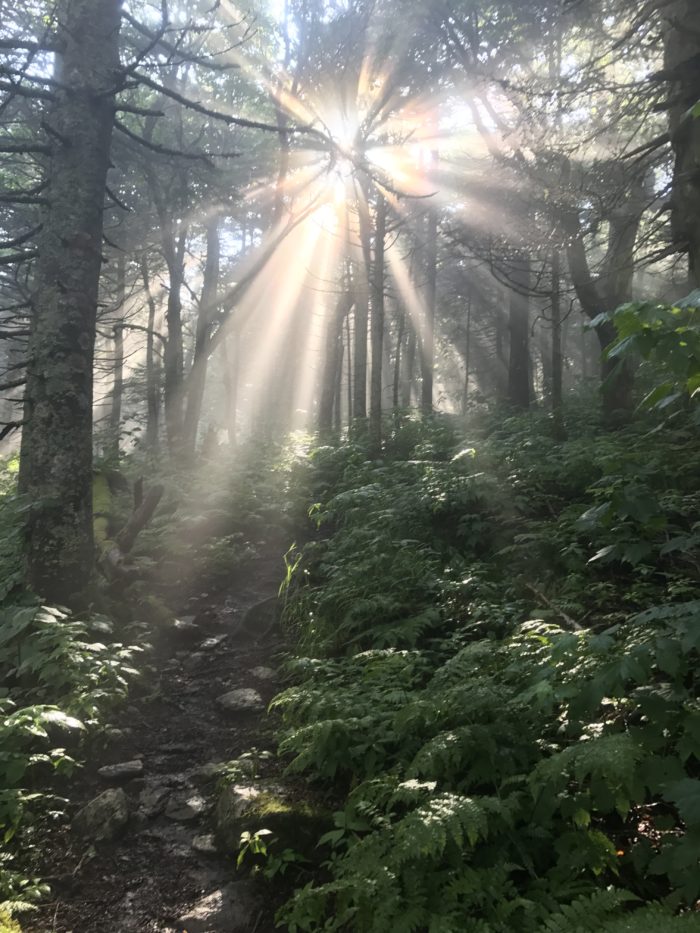 But you know what? Aside from all that, I loved Vermont. I loved its lakes and ponds, deep gorges, pine forests, real climbs, ski resorts, friendly people, swimming opportunities, and quaint little towns. The trail was kind to me there, especially when I needed it most. 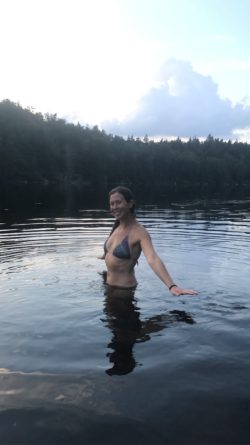 And even with ten states down, I find I’m still learning and hitting firsts on the trail. I hitchhiked solo for the first time into Manchester (I put my knife in my pocket ahead of time, just in case, but was picked up by a very nice, nonthreatening man), saw my first signs of moose (no moose itself yet, though), took my first nude creek bath, took my first trail nap, saw my first trail nudists, and visited my first cult. 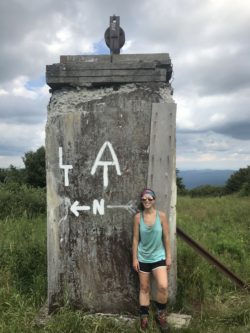 For those of you who are unfamiliar, the Yellow Deli is an absolute trail legend. It’s a restaurant in Rutland, VT, run by the Twelve Tribes, a religious organization often referred to as a cult. They also run a donation-based hiker hostel above the restaurant, and it’s been on our list to visit since the early days of the trail. Let me tell you, it was so worth it.

The restaurant is incredible. Everything is homemade and fresh, with many of their ingredients coming from their farm. I had two meals there (a breakfast sandwich, fruit salad, Yerba mate with maple syrup, salad, potato soup, cinnamon roll, Yerba mate with coffee, and sweet potato pound cake) and would have had more if the hours had been extended. The staff is incredibly friendly, especially to hikers, and we were invited to join them for their Friday night sabbath celebration. It was like being in another country and culture. They all dressed alike, and sang and danced for us for a long time, followed by prayers. We joined them for dinner and were able to ask them questions about the organization. Then we were actually taught dances so we could join in. It was a weird experience, but in truth, it was an absolute blast. It’s not my cup of tea, but I can see that the people there do seem genuinely happy. Their philosophy is creating a world based on love. That being said, I have read about other locations facing problems with child abuse and sexism, so who knows what really goes on there. I can only report back on what I saw, which seemed largely positive and absolutely generous.

As with most of the states along the AT, I was sad to say goodbye to Vermont so soon. It was certainly a state worth remembering and I’ll treasure my time there, even if not everything turned out the way I’d hoped. I think it’s telling, even in the middle of heartbreak, that there is absolutely no place I’d rather be than the trail. This experience is just so special. 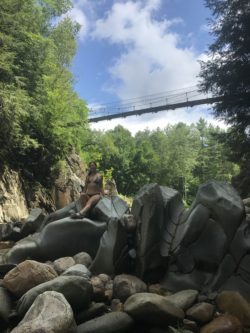