I am one of those people, like my mother, who always dreams. I’m not talking about being a person with big dreams and many of them, though I am that too, but I am a person who remembers her dreams every single night. Granted, I don’t remember them for long. As soon as the day gets going, I rarely remember them, unless they were particularly jarring or memorable. But every morning when I wake up, sometimes multiple times because I am a perpetual snoozer, I wake from a dream. And yes, I know hitting the snooze button isn’t good for you. I’ve read the studies. But if I haven’t been able to shake the habit in the last 20-something odd years, doubtful it’s going to happen anytime soon.

Dreams are something that have long fascinated humankind, and that fascination will likely not go away in the near future. As my friend Veronica has said, don’t share your dreams with people, or they will know what you’re thinking! Since I have a blog, you all pretty much know what I’m thinking anyway, so we will continue.

Last night, I dreamt that I was at the same wedding as an ex. I sort of wanted to rekindle the flame, but he chose another bridesmaid over me, to much encouragement from my friends. I was hurt, as much by them as by him. My wakened self would run the other direction if I ever ran into him. Literally. The night before, I dreamed that I was still with Rich, but when I woke up, I had to remember that is no longer the case. Don’t get me wrong, most of my dreams have nothing to do with my ex-boyfriends. Sometimes they’re exciting journeys to distant lands or outer space. Sometimes I’m being chased by monsters or madmen. Sometimes, I can fly. Other times, I forget how to fly. But when I’m going through emotional times such as this one, it always seems like my ex-boyfriends pop up to torture me.

So, my friends, today’s post involves a quest for knowledge. Why do we dream?

A little “Google Scholar” searching has led me to a couple of different points. Number one: researchers don’t necessarily agree on why we dream. Number two: this seemingly innocent question has led researchers to many, many more questions about dreams. Not just why do we dream, but what is the purpose of dreaming? Why do we dream in color? When do we dream? Why do some people remember dreams and others don’t? Why do we have brains at all? Why do we exist? Clearly I’m not going to get to the bottom of all of these questions, but I have read a few theories on why we dream, so I will share some of those ideas with you. 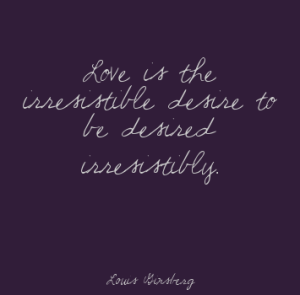 According to Freud, we dream to express unconscious desires. I could believe this some of the time. When I’m thinking of an upcoming adventure, for example, I often dream about it. I’m excited for the time to arrive when I get to go traveling. But I might also dream about things that could go wrong on the trip, like missing my flight, getting lost or having random people from my past show up that weren’t necessarily invited. I’m sure some of you have also dreamed about being attacked, flunking a test, getting fired from a job…. I don’t believe these are unconscious desires, Mr. Freud.

Blame It on the Brain (Yeah Yeah)

Hobson and McCarley, the dream team if you will, theorized that we dream during REM (rapid eye movement sleep). They basically said they we dream because of the activity of certain parts of the brain while we are sleeping, which bring emotions, memories and sensations into our dreams. They also said that dreams feature five characteristics:

Gee Brain, What Are We Going to Do Tonight?

Stickgold tried to further explain what Hobson and McCarley came up with. As in, not so much explain what is happening in the brain during dreams, but the purpose of the brain doing its thing. He said that when we dream, the brain files away memories and decides what it needs to keep and what it doesn’t. Apparently, the brain uses two different systems to store memories: the hippocampus and the neocortex. The hippocampus stores actual memories like “I had toast for breakfast this morning.” The neocortex, on the other hand, can tell you “I like having pancakes for breakfast.” When you dream, Stickgold said, the neocortex is activated, not the hippocampus.

Okay, so I might now have a slightly better idea, scientifically speaking, about what causes dreaming and why my body does so, but I still haven’t the slightest idea why my brain insists on torturing me with rejection by my exes when I haven’t even seen or thought about them in ages! Also, what is the deal with people who have supposedly have dreams that later come true? And what is with déjà vu? I need to stop, or I will be here all day. The point is, scientists have some ideas on why these things happen, but the brain is still very much a mystery in many, many ways, even to the scientific and psychological population.

Regardless of what causes dreams to happen, my dream ex-boyfriends need to take a hike. I will take my flying/ adventurous/ heroic dreams over them any day of the week!

Why do you think we dream the dreams that we do?

2 thoughts on “To Sleep, Perchance to Dream”